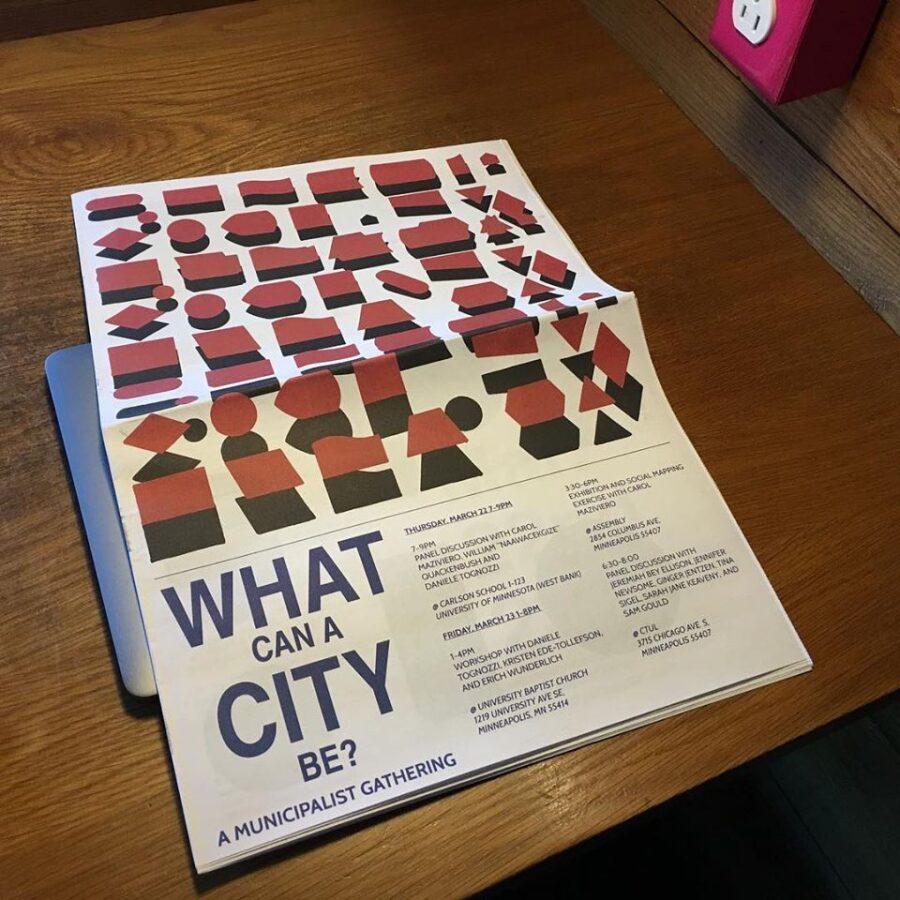 WHAT CAN A CITY BE? A MUNICIPALIST GATHERING

Since the 2016 presidential elections, the Twin Cities based “City as Commons” group has been meeting to discuss, learn and find out more about municipalism, a form of political organization gaining popularity around the world, based on assemblies of neighborhoods, practicing direct democracy, as an alternative to the centralized state. A goal of the group has been to develop collaboration among academics, activists, and artists interested in urban governance and social reproduction in the Twin Cities and to put them in conversation with colleagues across North America, Europe, and South America who are studying, and/or experimenting with, municipalist forms of governance.

In a two day series of talks, panel discussions and workshops, learn more from local artists, academics, activists, and thinkers, along with three international and rural activists and scholars whose work has explored these issues:

Carol Maziviero (São Paulo, Brazil) – Researcher on insurgent urbanism, and urbanism in the digital age from the Architecture School of the São Judas Tadeu University in São Paulo.